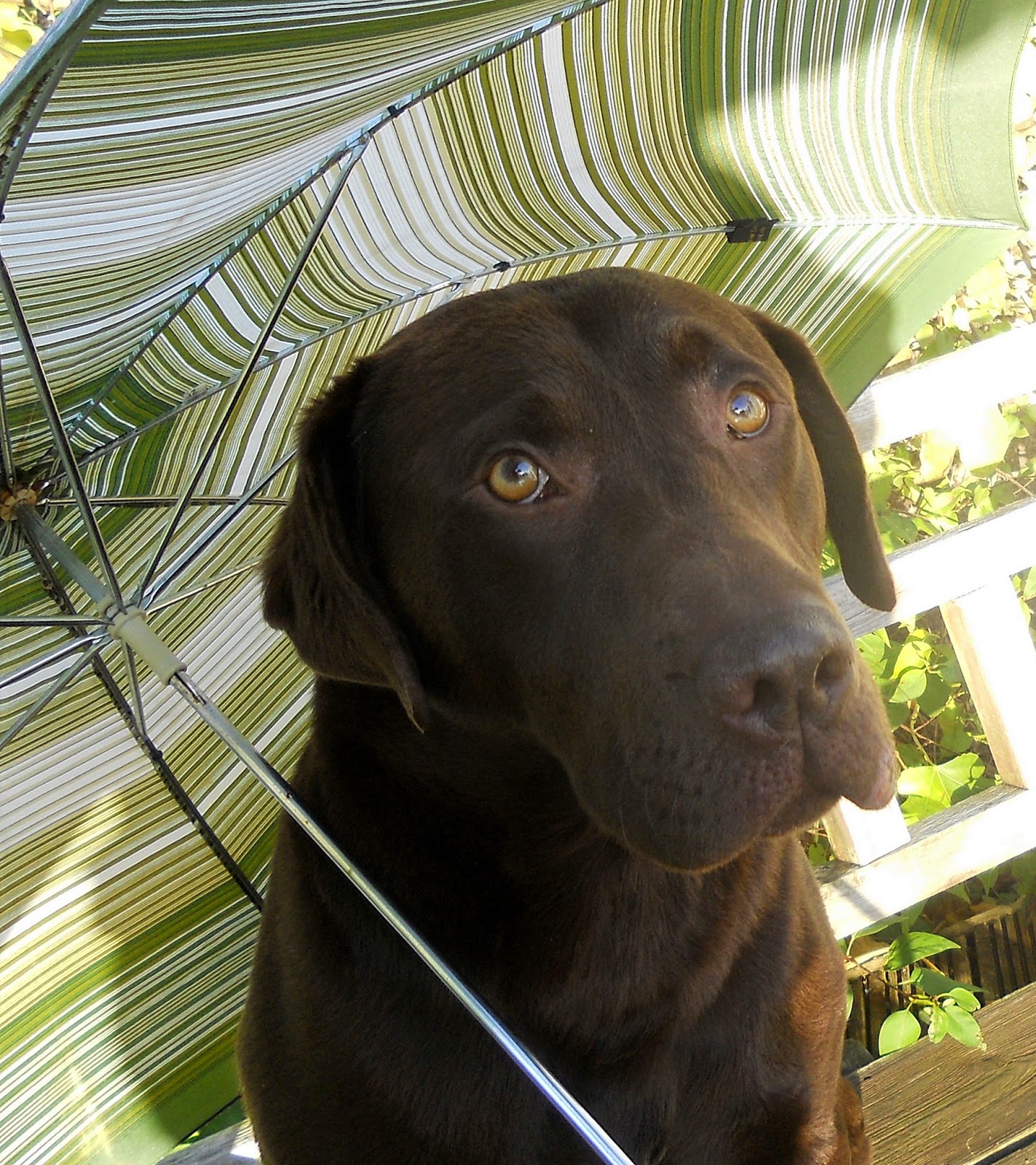 Do I need this brolly or not, is the sun going to shine or is the rain going to wash my fur coat?  Last week I almost needed an extra fur coat, then the one I had was too hot!  I know I am only a dog but a bit of consistency would not go amiss.  The boss says the same and bitterly complains about the rain, I know just how he feels – too many baths can drive a man mad.  At least with the big wash outside there are no bubbles and I don’t end up smelling like a woofter, but paws for thought, my feet are clean, my coat is washed, rinsed and soft and I can dry naturally, even though the Mrs turns her nose up at my natural wet dog perfume.  This time of year brings an added extra – sometimes I am allowed to lie in front of a nice warm fire but only when the Mrs is not around to get a whiff of my aroma and only, of course, when the boss has struck this strange stick and made flames appear indoors.  As you read this I expect you will be thinking about another strange act – that of bringing a real tree in doors which ends up looking strangely useful to me but is always out of bounds and adorned with all sorts of paraphernalia, some edible and some not. I know because I have tried a few. … which, last year, caused a rather large contretemps but I eventually found a nicely wrapped chew beneath the tree.  However trouble struck as apparently I had found it too soon - before the day when a strange white bearded guy in red manages to squeeze down the chimney without burning himself.   All in all I think I am safer outside under the umbrella!