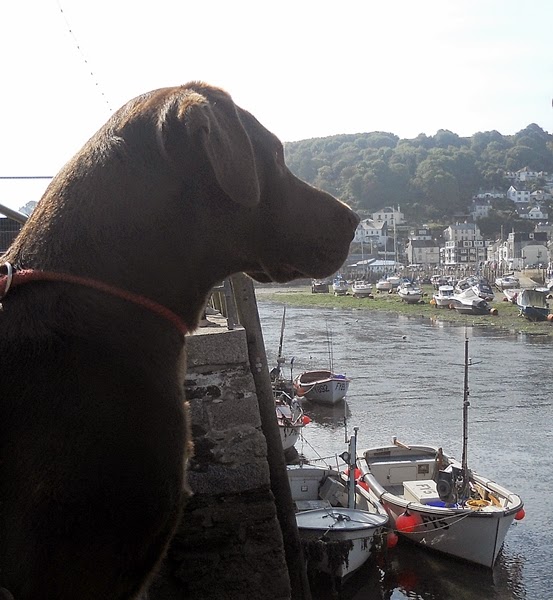 We have been holidaying in the large box on wheels and stopped at a place called Looe.  Despite the name - I didn’t - as I have been taught that nothing should leave my body when I have my lead on – a situation which can sometimes be agonising but as the Mrs points out: guide dogs do not stop at every tree and lamp post or their owners would forever be banging into things so there is no excuse for me to be doing it. Consequently I have become resigned to crossing my legs and holding on until we arrive at a suitable place where I can do whatever I like.  We had a lovely holiday and I was quite well behaved throughout, however, I made a grave error of judgement recently when I was seriously disappointed at not being taken along to a ploughing match with the Boss.  Although I had been told to ‘stay’, boredom set in and I needed the ‘Looe’ and my mistake was in thinking I could find the ploughing match on my own and decided to head off and surprise the Boss.


Big mistake – couldn’t find him anywhere and boy did I get into trouble when I got back.  Apparently everyone had been looking for me including the local gamekeepers, neighbours, the Boss and the Mrs both scanning the village in their cars.  The Boss was just on the point of calling in reinforcements when he spotted me walking back down the road.   Having realised I preferred company on my walks I was returning home to find some and was quite calm - but the Boss was not, and when the Mrs stopped yelling at us both she made me promise never to go walking again without my lead on!  I have one word to say on that – ‘Looe’.
Posted by Bert at 00:13